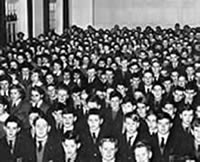 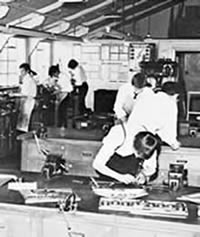 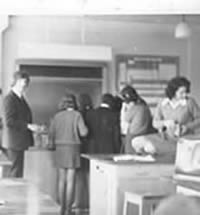 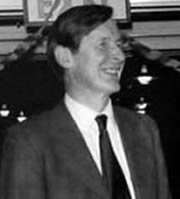 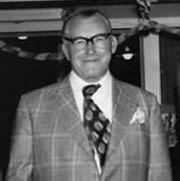 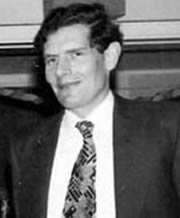 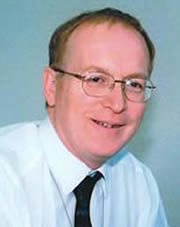 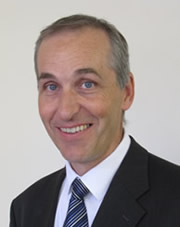 A Brief History of Imberhorne School

Whilst Imberhorne is very much a school for the future, we can trace our history back nearly three centuries…

The story begins with the 1708 will of Robert Payne in which he left Serryes Farm at Ashurst Wood to provide the income for founding and supporting a Free Grammar school in East Grinstead. The school seems to have been held in the vestry of the church until its destruction in 1785. In 1816 it was combined with a National school at Sackville College, but was suspended in 1839 because of a dispute between master and trustees.

A scheme was approved which no longer required the teaching of Latin and Greek and the school seems to have reopened by 1842, certainly by 1847 when it was held in Cromwell House. The school later moved to Old Road where it carried on until 1880.

The Charity Commissioners reconstituted the endowment in 1882 to provide lectures on scientific, technical or literary subjects and exhibitions tenable for three years to provide the secondary education of boys and girls of the Parish between the ages of twelve and fourteen. In 1899 the legacy of John Southey further secured the endowment providing three scholarships for local children.

This chequered history is similar to that of many county grammar schools. Some, after periods of decline and closure, revived and found new leases of life; others lost their endowments through litigation and misappropriation. Some grew into the great public schools of the early 20th century. Fortunately, the East Grinstead School followed the latter path.

In 1928 Lord Eustace Percy, President of the East Sussex Board of Education, and H. C. Burra, Chairman of the County Council, opened the new East Grinstead County School in Windmill Lane.

The first school list, dated October 1928, lists 23 girls and 39 boys under the headship of Mr. Treble. These were arranged in two forms of girls and two forms of boys. At the time, co-education in county grammar schools was more a matter of economic necessity than one of principle, and so it was run as a “dual” school – in effect two schools, one in each quad with a hedge down the field, keeping the girls apart from the boys. The staff of four had to teach the whole timetable, apart from Maths, which was taken by the Head, and Domestic Science and woodwork which had their own respective part-time teachers.

Mr. Treble retired as Headmaster in 1938, handing the reigns to Mr. Dawes, M.A., B.Sc. By this time the school had grown to two forms in each of the first five years, with a small sixth year. One of Mr. Dawes first achievements was arranging for the girls and boys to be placed in mixed forms, which were graded according to ability, ushering in true co-education.

During the war years the school played host to the staff and students of Clapham College who were evacuated to the town, under the temporary headship of Mr. T.W. Scott, B.A., as Mr. Dawes was on active service. Air raids during the day meant long sessions in the shelter where boredom was relieved by singing or games with some lessons occurring in unpromising conditions. On one occasion, staff and students emerged from the shelters to find columns of smoke billowing up from a wrecked German plane that was shot down just over the hedge at the bottom of the field. On another, a raid took place during a higher certificate exam, with the students being sworn to silence during the couple of hours in the shelter. Afterwards, they went back to finish the paper and a report was sent to the exam board explaining that there had been extenuating circumstances!

1946 saw the addition of a Junior Technical school, which, under the charge of Mr. G.S. Gaskell, gave a two-year course in Building Crafts to boys aged 13-15, with some of the pupils coming from Sackville County School. This section was enlarged in 1953 when a new technical block was built at the end of the field. A third stream was added for boys and girls in 1953, as well as a “commercial” course for fourth and fifth form pupils.

In 1958 the title “East Grinstead County Grammar school” was adopted.

By 1963 the school was experiencing the general trend for pupils to stay on beyond the school leaving age – one third of the 535 pupils were over 15 and 98 were taking advanced courses in the sixth form.

The Payne and Southey endowments continued to provide annual grants for East Grinstead children until 1970.

The 1944 Butler Education Act introduced free secondary education for all – in a Grammar, Technical, or Modern school, depending on the results of a set of selection tests taken in the last year of primary school – the Eleven Plus.

Mr. Scott was a firm believer in “unstreamed” teaching. He believed that it was impossible to group children by ability for every subject, and thought that most pupils work to the best of their ability in the same group as their personal friends.

The school was split into three age groups – the first year children forming the “Lower School”, the second and third years the “Middle School” and the upper two years the “Upper School”. In the Upper School pupils were given a choice of subjects, so that each pupil had a personal timetable. As the statutory school leaving age was 14 until 1973, the Upper School was an option as Sixth Form is for modern students.

“Commercial Subjects”, such as typewriting and shorthand played a large part in the Upper School.

Other subjects taught across the school, in addition to the expected academic subjects, included woodwork, metalwork, needlework, domestic science and rural studies. French was the only foreign language taught.

Physical Education was also well catered for with the well-equipped gymnasium and the ten acres of playing fields, where football, hockey, cricket and tennis teams from many schools were entertained in competitive matches.

During the 1960’s the idea of comprehensive education grew in popularity. Comprehensive Education involved abolishing the Eleven Plus selection exam, with every child being accepted into the same kind of secondary school.

In 1965 Harold Wilson’s labour government released Circular 10/65 which obliged Local Education Authorities to make proposals for ending the Eleven Plus.

Mr. Pike, the headteacher of the Grammar School, was strongly opposed to the Eleven Plus and it was he who first suggested the idea of introducing comprehensive education to East Grinstead, with the amalgamation of the East Grinstead County Grammar School and Imberhorne County Secondary School.

At the time he was the youngest headteacher in East Sussex (East Grinstead was in East Sussex until 1974, when the Local Government Act 1972 came into force, transferring it to West Sussex), so he had some difficulty in convincing the Local Education Authority of his plans. Eventually he succeeded and in 1967 his scheme was given the go-ahead.

A few years of joint projects, undertaken to introduce the pupils, parents, and staff of both schools to each other were followed by the last Eleven Plus in East Grinstead in 1969, and finally the opening of Imberhorne Comprehensive School in 1970.

The five hundred pupils of the first and second years (ages 11-12) were to be housed in the old Grammar School buildings in Windmill Lane, where no structural changes were made.

The old County Secondary School in Imberhorne Lane was to house eight hundred pupils of the third to fifth years (ages 13-16), with a new block being built to house the 225 students of the sixth and upper sixth years.

Teachers had to (and still do) travel the 1¾ mile journey between the two sites to teach their lessons.

The work involved in merging the two schools was immense and Mr. Pike was clearly dedicated to his work, working 80 hours a week. One of his memories of his time at Imberhorne was being questioned by the police after he was seen leaving the school building at midnight!

Mr. Pike continued as headmaster until 1974 when he left to become County Inspector in East Sussex, and later headmaster of the International School in Vienna.

Mr. Jack Mallinson took over as head in 1974, following a brief period of time under the leadership of Mr. Scott, acting head.

In 1975 the students of the first full comprehensive year obtained excellent results in their exams, Imberhorne has continued to thrive and innovate ever since.

Mr. Mallinson remained headteacher until 1992, when Mr. John Morrison took up the post.

Mr. Morrison remained headteacher until September 2003, when he left Imberhorne, initially on a short-term secondment, to new headship challenges at Bognor. During his secondment, Mr. Jon Ford, the deputy head, was acting head and after an exhaustive selection process during April 2004, the Governor’s gave Mr. Ford the position permanently.

Imberhorne continued to develop under the leadership of Mr Jon Ford. The 6th form grew considerably during this period, a reflection of the steady rise in attainment and progress that the students were making across the school. Jon Ford took the school through successive OFSTED inspections in 2007 and again in 2010 when the school was judged to be outstanding. In 2012 funding was secured to build a sports hall, changing rooms and performance studio. This addition to the Imberhorne Lane campus along with substantial updates to the school facilities and infrastructure became part of Mr Ford’s legacy. He departed in the summer of 2013 to take up the leadership of ‘The School of St Jude’ in Tanzania. He was succeeded by Martin Brown who was appointed as Headteacher from September 2013. Mr Brown had been Deputy Headteacher at Imberhorne since 2008.

Of course many events have occurred since 1975 which this article does not give justice to – new buildings, fire, changes of examinations, Specialist School status, international links – to name but a few...the list is endless.

A Note on Form Names

Page 7 of the "Imberhorne 1970-71: a celebration" document below refers to there being nine forms in the first year when the merged comprehensive opened, with each given a unique letter from the word "Imberhorne". It has been pointed out that there are only eight unique letters in Imberhorne!

According to a pre-merger organisational chart from October 1969, and the school prospectus from 1970, the proposed ten forms in year one were given the letters P, O, W, E, R, B, A, N, D, S and the nine forms in year two were given the letters I, M, B, E, R, H, O, N, S (the unique letters from Imberhorne plus an S - for school, one would assume). However the September 1971 Staff Handbook lists the nine year one and nine year two forms as being GR, GS, GT, GU, HV, HW, HX, HY, HZ. These letters will seem familiar to most Imberhorne students - our forms are currently Q, R, S, T, U, V, W, X, Y, Z. The G and H Bands were phased out in the early '90s and replaced with three - J,K and L, giving JQ, JR, JS, JT, KU, KV, KW, LX, LY, LZ - with JQ and LZ making varying appearances depending on the size of the year group concerned. The band letters have been dropped relatively recently as a result of increased numbers and differing timetabling methods.